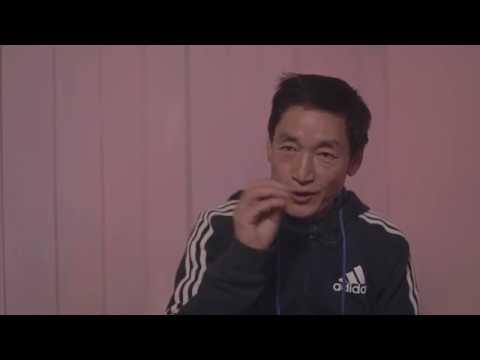 Culture and history academician Kamal Jung Rai hails from Dilpanagi, a village five hour away from the District Headquarter of Bhojpur. Also, the Vice-principal of Bhojpur Multiple Campus, Mr Rai is currently working on his doctorate thesis on the topic of Mundum—ancient kiranti scripture, folk literature and philosophy. For the past few years now, the researcher has been travelling to villages around Bhojpur and the neighbouring districts, talking to members of the different Kiranti communities—and with Kiranti shamans—to gain information about Mundum, which encompasses information and teachings on a vast number of subjects ranging from cultural dances and music to Mundum’s interpretation on the creation of the world and traditional Kirant society, its way of life and spirituality.
During the production of Fuzzscape: Bhojpur, an episode of music documentary Fuzzscape, the team met with and talked to Mr Rai about Kiranti culture, Mundhum and Bhojpur.
This interview was conducted by Himal Thapa, Nhooja Tuladhar and Prasiit Sthapit.

Bhojpur and its Surviving Cultural Heritages
There are many castes and communities living together in Bhojpur. Some of the currently practiced activities are the Sakewa Silli (traditional Kiranti dance form), Lakhey (traditional Newar masked dance), Balam and Sangini. The Tamang Selo and Sherpa dances are also practiced but are rare.
The inability to properly pass down culture from one generation to another has led to cultural activities getting gradually lost. Like in most other areas of Nepal, here too, there has been an invasion of global cultures and trends leading to peopling thinking it is embarrassing to follow one’s own “old” cultures.

Kiranti Dance Forms
A majority of the population in Bhojpur is of the Rai-Kirants of whose Sakewa Silli is still in practice. There are different forms of this dance currently in existence, in Bhojpur. While in some areas the dance form is hand-movements-based, in other areas, foot steps are more dominant. The dance is performed to tell the story of the Kiranti civilization and the way of life of the Kirants.
Another dance form, Chonge Sili, follows the movement of the birds. There are steps based on various birds, but an important one is of the Karyangkurung (Spiny Babbler), which bears philosophical teachings about life and death. In the performance, the form of the eagle signifies death and it attacks the Spiny Babblers as they try to escape and defy death. A Spiny Babbler signifies life. The dance also marks the end of all the performances for the year. In Kiranti culture, it is believed that the lifespan of the performer of the Karyangkurung Sili decreases if she or he makes mistakes in the dance steps.
There are also dances like Cheku Sunma, which is about wooing a woman and is subject to have been created much later as the form is not mentioned in Mundum.
Some of the dance forms are performed by Kiranti shamans—the Sumnima Paro Sili, for example.

Sakewa Sili: History
Legend has it that after being driven away from Kathmandu Valley by the Lichhchavis, the Kirants first came to Dolakha. One day, King Buduhang started to workship the spiritual energy of Sakewa on a stone idol and started calling out to his sister Soisoila for his dolokuma (crown). When his sister finally came, a with nanglo (bamboo tray) bearing the dolokuma and some ginger, she was not able to hand her brother the crown because she started menstruating. Ashamed, she ran off. That is why it is believed that the lyrics “Dolokuma do, dolokuma do, Soisoila” (which means: “Give me the Dolokuma, Soisoila.”) is sung during the Sakewa Sili performance.

Traditional Kiranti Songs
Haakpare and laulau are two of the famous older songs. During gatherings in bazaars and markets, people get into two groups and decide whether to sing about love or about happiness and sadness.
Hopmachham and Ropmachham are two of the more classical songs. Hopmachham is regarded to be the most precious of songs. ‘Hopma’ means drinking and ‘chham’ means song. Hopmachham translates to ‘life drinking song.’ It is believed that those who can sing Hopmachham in its entirey will have a long life. An 85-year-old man is the only one in Bhojpur who can sing the song.
Rumpachham is sung on special occasions—during a wedding or a funeral. For example, it details into the story of how a wedding starts and goes through its entire process. The practice of Rumpachham is practically non-existent now.

Condition of Intangible heritage
Kiranti cultural heritage is in the verge of extinction. This is because of cultural invasion and the indifference towards one’s own culture. The introduction of Marxist and communist ideals in society also contributed in the loss of heritage, during the insurgency.
Kirant culture has gone through a sort of renaissance in recent days, though. People have started to go out to study and for employment and, in foreign countries, they find people devoted to their culture and thus, have realized the importance of their cultural identity.
Sakewa Silii is one cultural component that is practice extensively in Nepal these days. People find it trendy to attend the dance, but it is good that they wear traditional clothes when doing so. He finds it unfortunate that a lot of things about the original dance form has degraded now.

Sakewa Sili Today
In Sakewa Sili performed today, the dancing and the singing do not go in conjunction. For example, the song might be about love, but people are can be seen performing an agriculture-based dance step like the movement of plough the field. Sakewa Sili is an expression based performance where dancers move in relation to the beat, not the lyrics.
A lot of Sakewa songs have now been remixed and popularized. The original songs are rarely in practice now. In the western part of the district dance steps are also inspired from animals, birds and parasites.

How can heritage be conserved?
To conserve cultural heritage, senior members of the community as well as the younger generation should be interested and involved. There is an immediate need for the transfer of tradition from the older generation to the new. It’s not possible otherwise. It is possible to pass down Sakewa Sili, but Muddum, cannot be done so because it is believed that one has to be born with special powers to learn the art.
Culture that can be passed down should, and the ones that cannot be should be should be documented and recorded properly. Phonetics and notations should be saved into physical copies during the documentation of verbal and musical heritage. That’s the only way to go about it.

Mundum and Muddum
‘Muna’ means human beings and ‘dum’ means speech—or conversation. Hence Mundum is a series of stories about human life in the form of conversations that has been told since the start of the Kiranti civilization. Muddum on the other hand, deals with the more spiritual aspects of Kiranti philosophy. It is vibration, motion and energy. Muddum is told in the form of songs. Through Muddum, stories are told that give instructions on how to live and balance between material and spiritual life.
According to Kiranti beliefs, a person who acquires knowledge while dreaming is able to sing muddum songs. There are two types of dreams through which knowledge can be acquired: It is ‘Semmi’ when it can be seen by a normal person. For example, seeing dark dreams prior to losing a loved one is semmi. But, to be able to see dreams about Muddum, one has to be born with the power. This is called ‘Sechhi Semmi.’ A person with sechhi is able to tell stories in Muddum, about the start of human civilization and its development.

Muddum and the Kiranti Languages
Muddum is based on an ancient language that is the root of all, currently existing, Kiranti languages spoken by the Rai, Limbu and Sunwar communities of Nepal. Out of the Muddum recitations collected in 63 different villages in eastern Nepal, it was found that while the languages used are different, the idea and what is being taught in the songs are the same.

The Creation of Life and World View
Life was created when the earth lied down, and the sky stopped down on top of it. Here the earth signifies woman and the sky, a man. While science says life started with unicellular organisms, in Muddum, it started with termites and mushrooms. Although regarded as myth, it does have some scientific basis. Throughout the world, indigenous communities are known for using symbols in language to explain world views. 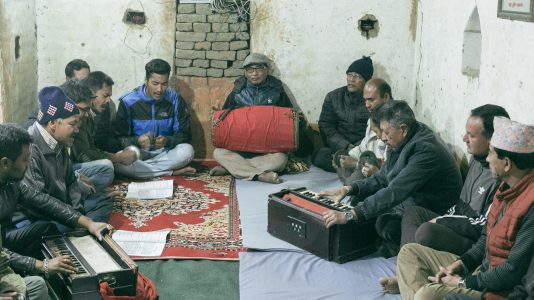 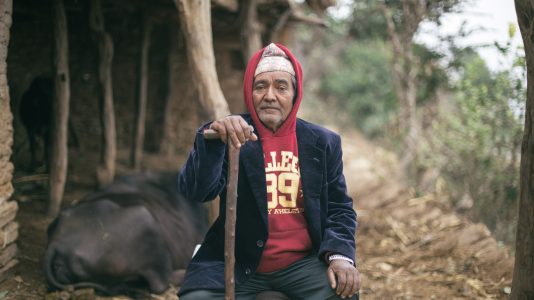 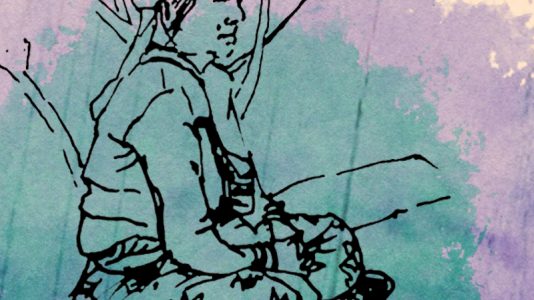 Barta Gandharba creates a new identity, and a new life, with her sarangi. As we walk back from Siddhakali Mandir, near Bhojpur Bajaar, Barta...