Ole is a traditional song performed in Manang during several festivals. This particular one was performed for the Yarthung festival atop a roof near the Manang Gumba. Yarthung is a horse-riding festival which has its roots in Tibetan horse festivals, celebrated annually wherein members of the community—the men, mostly—celebrate by riding their horses, eating, drinking and relaxing. Yarthung in Tibetan means “the end of summer,” and sees the community celebrating the end of plantation.

Kang Dolma sings Ole, a traditional song performed in Manang during several local festivals. While the lingua franca of the village is the Neshyang... 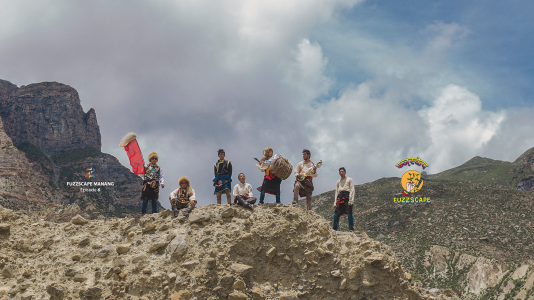